Marcus Aurelius was a Roman Emperor who was considered to have been one of the most stoic philosophers. He was and is respected as a literary great, and for being able to find poise in the midst of conflict by following nature as a source of direction and motivation. There has been some debate about the authenticity of quotes credited to Marcus Aurelius as the biographies and manuscripts are very sketchy and often considered unreliable. Later biographies of Marcus Aurelius were predominantly penned by one author.

Albert Ellis the founder of REBT* was inspired by the teachings of ‘modern’ philosophers including Marcus Aurelius therefore, it is only fitting that Marcus Aurelius’ quotes are considered as part of the core REBT philosophy.

Some of Marcus Aurelius’ well known quotes are:

When you arise in the morning, think of what a precious privilege it is to be alive – to breathe, to think, to enjoy, to love.

Loss is nothing else but change, and change is Nature’s delight.

The happiness of your life depends upon the quality of your thoughts: therefore, guard accordingly, and take care that you entertain no notions unsuitable to virtue and reasonable nature.

When you read these quotes you cannot help but feel peace. The quotes above are pure and an endeavour to put the challenges of everyday life into perspective in a non-threatening way.

What is your favourite quote and where did it come from?

* What is REBT? Rational Emotive Behaviour Therapy (REBT) was developed in the 1950’s by Albert Ellis and is based on the assumption that what we label our emotional reactions are largely caused by our conscious and unconscious interpretations, evaluations and philosophies, ie. it is not just feeling but also thinking. Maybe the first insight into the mind body connection? 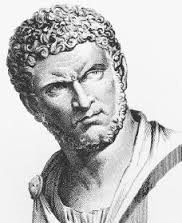 There are many studies, research papers and quizzes to find out what type of FB user you are. After reading and skimming lots of the above, it appears that there is a common theme. Types of Users as defined in various surveys, studies and questionnaires are generally broken down into 4 to 5 categories, these categories seem to be based loosely on the behavioural science of the big 5 personality traits, they are:

If interested head to Google and type in “Facebook User Profile Quiz” or “Big 5 Personality Quiz”. Whilst there is research and evidence around the Big 5, results need to be reviewed in conjunction with a host of other factors, what you are doing eg at work or home, mood you are in, any positive or negative encounters you have just had. So many things can influence how you complete a quiz and therefor the results. What I am saying is don’t take it to heart.

Some interesting facts not listed in any order of significance:

Top 2 reasons why we friend:

Top 2 why we unfriend:

Top sneaky…I have not tried this so please don’t hold me accountable if it does not work. When you connect you also automatically follow. People often connect as they don’t want to offend. People wanting to limit their flow of information will often unfriend, but not unfollow, you apparently never know until you go to unfriend and voila they got there before you!

There is however a serious side to social media. I encourage you to be mindful of the people we are connected to. We are all different and for some it is just for fun and numbers, for others it is a way keeping in touch and for others a way of not feeling so isolated. Whilst we don’t always see everyone’s generic posts in our newsfeeds – what we do see is messages posted directly to our page and private PM messages, if we follow good old fashioned courtesy, and acknowledge or respond we should be fine. To not respond is considered a form of online bullying (isolating/ignoring) and can if someone is suffering a mental illness or feels isolated and lonely be detrimental.

Have a great day.
Deb 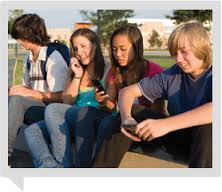 Be the positive change in your life™